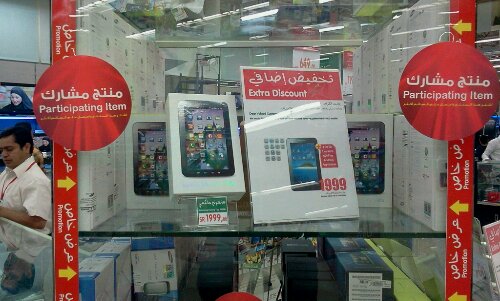 We just blog yesterday that BEST cut price of Galaxy taba for 2,499. It was a surprise to know that Hyper Panda cut it further to SAR 1,999. You can see the number of stocks as shown in the display. I bought mine @ SAR 2,500, 2 months ago from Jarir bookstore. I think price reduction is driven by different new tablet in the market that will also soon flood Riyadh Tech market.