Riyadh experienced heavy rains on Saturday night, November 16, 2013. I am out at the street when the heavy rains pours and I could say that I saw lots of flooded street. It is good that I am not stranded in the middle of Riyadh. The rains last for about 2 hours. There are some reported flooded underpass as shown in different tweets. Some of the photos I saw in social media sites can been see below for information use. The owner of the pictures are unknown and we don’t take credit for this pictures. 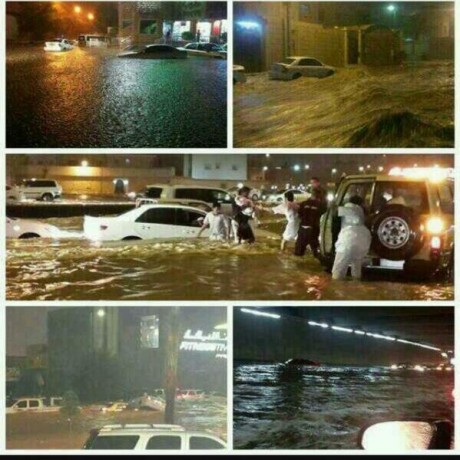 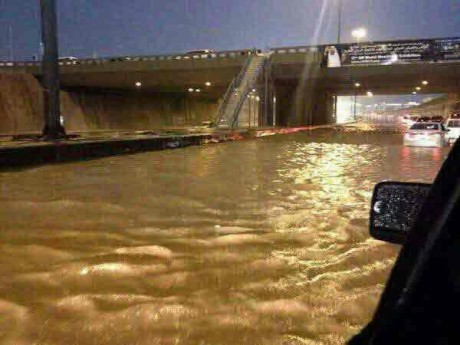 This morning, according to our school administrator, the Ministry of Education announced that schools class is suspended today. I believed it is a good decision because there will be lots of closed street due to floods. Last night Riyadh citizens can here police sirens after the rain. It only shows the fast response of police and other government authorities in times like this. Hope everybody is safe..

Some Tweets about the Riyadh Rain

Situation in Riyadh likely to get worse: More than 3mm of rain expected at 3am #أمطار_الرياض pic.twitter.com/lQkj62ePuJ