iOS7 Rolled Out in Saudi Arabia, My Experience

Today is the much awaited day for Apple Fan Boys and Girls, Last night iOS7 has been rolled out in Saudi Arabia. The release of iOS7 has been awaited by many apple user including me and my kids.

As per my experience, I was not able to have my iPad updated to iOS7 since I got a failed attempt last night. Maybe this is due to lots of users are updating iOS7 and as usual probably apple server was not able to contain it. But it is good to report that I have updated my iPad this morning. 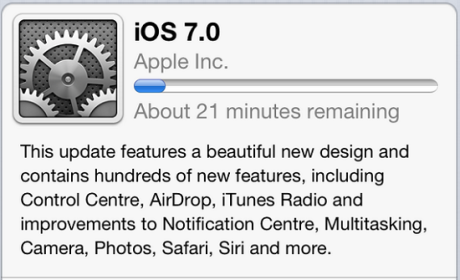 iOS7 has a different User Interface (UI) compared to previous UI. I felt that it is entirely new Operating System but with a touch of Android Interface. The best thing to do in order not to be lost in the new iOS7 is to search first the internet and look for new updates and how to do it.

Believe me, I was not able to find the “Search” command at first because I am a type of iPad user who is always lost due to lots of application installed, but good that I found out that I just have to pinch any part of the interface and it will be slide down from upper portion of my iPad.

I thought that iMovie, Numbers, Notes and Other well-known iPad Apps which is also costly will be FREE after the update. But I am wrong, it will only be FREE for newly release iPad and iPhone in the market like iPhone 5S and iPhone 5C and I don’t know for new iPad in the market.

I have noticed after the update about Lag in my browsing experience it seems that my iPad became slow. But I don’t know, maybe this is just because my system is still updating for every new application that I open after the update.

I felt I am using my MACBook Pro. Most of the User Interface was pattern from MACbook. I have seen a different Photo Interface as well as the filter mode and edit mode of the Photo Apps. User may now enhance the photo. It is as if I am using Instagram, where I can see different pre edited pictures. A feature which is I first saw at Camera 360 Android Apps.

There are still lots of new things that was changed in iOS7 but I must say that I have seen most of them from my MacBook and from Android.

I will make a thorough review later this is just a glimpse of iOS7 changes..