National Day Surprise from Saudia Airlines (Discounts and Deals), Check it Out and Plan Your Vacation

We would like to inform you that Saudia Airlines has it’s National Holiday Surprise (Deals and Discounts) , They are giving SR 86 Riyals for Domestic Flights for tickets purchased between September 20 to September 22, 2016 and will travel on Sept 23. 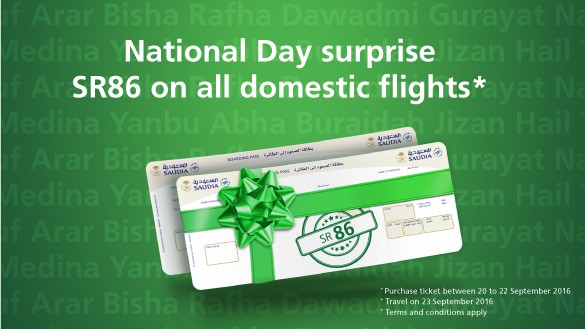 It shall be noted that Terms and Conditions apply for this promotion. Hurry as it is fast selling.