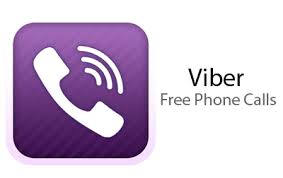 Updates: Somebody from Viber clarified our post as follows:

I am with Viber. Thank you for your post!

Just to clarify – we did not “comply” with CITC. The test version of Viber that we issued has “enhanced connectivity”, which makes it far more difficult to block. You can try it (Android only for now) at https://bit.ly/getviber.

Are you one of those waiting for the return of Viber? Good news for you, based on latest announcement of Viber through their facebook page, it shows that they are doing their best be backed in Saudi Arabian Market. They have issued a new version of Viber that works with Android Phones. According to their post, the iPhone version will come soon.

We’ve been working hard, real hard, to restore service to all of you in Saudi Arabia.

We now have a TEST version that hopefully allows Android users in KSA (iPhone is a few weeks away) to connect again to Viber. For now, this version will only work if you are registered with a Saudi Number (+966). To test this version, please go tohttps://bit.ly/getviber – if it works, please comment here. If you are having issues, please use the form at https://bit.ly/getviber to leave feedback.

Viber was widely used in the Kingdom of Saudi Arabia, as a means of cheap communication for expats working in Saudi Arabia. It was banned by CITC last June 2013 for not following their regulation.

There was some other options that has been used in Saudi Arabia but all were incomparable on how Viber works. So it is really a great help to see that Viber will soon be back in Saudi Arabia.

There are mixed comments in Viber Facebook page, some are telling that it is working and some were not able to make it work.

So are you happy to know that Viber is back in Saudi Arabia? It would be great if you will let us know if it works with you.